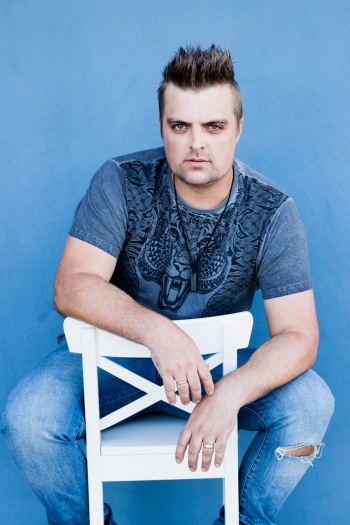 Will Day is one of the hardest-working artists in Australian country music, traversing the land each year, travelling tens of thousands of kilometres and playing all sorts of shows. He’s also heading to Wests Diggers at the 2020 Tamworth Country Music Festival, playing every night at 11.00 p.m. in the courtyard.

Day’s latest single is ‘Here to Party’, which he wrote with seasoned songwriter Matt Scullion. Day says that one of the things he loves about working with Scullion is that ‘he’s very thorough in his songwriting. If you’re going to write a song with Matt, whether it’s on Skype – and I’ve written one with him on Skype – or in Newcastle with him in person, he’s very thorough about his process and he never leaves a co-write unless the song is the best it can be.

‘I’ve written a couple of songs with Matt and he’ll call me a couple hours later – after we’ve just written for four or five hours – and say, “Hey, Will, I was having a shower and I was thinking about that bit, that line in that verse there, and I think we should change or do something.” So he’s very, very dedicated to the craft and it rubs off on me because you’re motivated to be a better writer, surrounding yourself with people like him.’

Day has also written with artists such as Troy Kemp, Col Finley and Allan Caswell. Co-writing started for him in about 2016. Then he went to the DAG Songwriters Retreat for the first time.

‘I’d done a little bit of co-writing before that,’ he says, ‘but not a lot. I wrote a song with Kevin Bennett, who was a tutor there, and ever since then I just had a real urge to co-write more. I love co-writing. It really kicks you up the backside because you go into a room or a Skype session and say, “All right, we’re going to write a song.” There’s no excuse not to finish it. When I’m so busy and gigging a lot and family, et cetera, finding time to write by myself can be hard. so I love that you’re thrown into that space. I met Allan through the retreat. And then I started touring with Col. We grew up together. And I met Troy through the country music scene. You meet people through the gig scene and then say, “Hey, we should write.”‘