What happens when you have an album full of really great songs? If you’re The Weeping Willows, it means you are able to keep releasing really great singles. The fifth and final single from The Weeping Willows’ second album, Before Darkness Comes A-Callin’, is ‘Devil’s Road’. Co-written with Lachlan Bryan – and with a video directed by him – ‘Devil’s Road’ is a classic country song of temptation and the futility of resisting it.

Hopefully the mention of this being the final single from the album means that the band’s members, Laura Coates and Andrew Wrigglesworth, are thinking of creating a new album … not because the current one is tired, but because hungry fans always want more! In the meantime, you can watch the video for ‘Devil’s Road’ below and catch The Weeping Willows on tour:

Take Me to Town may count as one album but it’s actually three CDs full of Australian alternative country music artists, some of whom will be familiar to readers of this blog – such as Tracy McNeil, The Weeping Willows, Lachlan Bryan, William Crighton and Jen Mize – and some who may be unknown simply because they are new.

Take Me to Town is the creation of Dave Favours from Sydney label Stanley Records, in concert with Chris Hamilton of Americana site Post to Wire, and Areatha Bryant of Mother Hen Touring. The trio decided on a list of artists and also secured some tracks that are exclusive to this release, from Ben Leece (who is about to release his debut album) and the always-compelling Katie Brianna, Sam Newton, Den Hanrahan, Peta Caswell and the increasingly prominent Michael Carpenter. Indeed, almost half the songs are exclusive to the compilation, so if you’re a country music fan who is wondering if it’s worth purchasing, that alone should convince you.

I’m fond of saying that country music is a broad umbrella and this compilation is proof that alternative country, too, deserves that description. The 47 tracks demonstrate that alt-country is flourishing around the land and pushing that genre, and Australian country music in general, into bold territory. There are elements of traditional country forms in these songs, reworked in a contemporary way or with a vocal flourish that creates something interesting. In some ways the compilation is an education about how country music is being interpreted and fashioned by new or new-is artists, and also how the work of more established artists like Lachlan Bryan and The Weeping Willows compares with songs from emerging artists. In this way the compilation also serves an almost anthropological purpose: the artists on this album are all pretty much from the same generation, yet how they approach their work is 47 ways of different.

END_OF_DOCUMENT_TOKEN_TO_BE_REPLACED

Victorian duo The Weeping Willows have released a new single, written by Willows member Andrew Wrigglesworth with country music veteran Allan Caswell. The song is set at the end of World War I – the centenary of which falls this year – and tells the story of a couple separated by war. The couple in the song was created to tell story of the effect of the War on ordinary Australian people.

‘The Roses Fall’ is beautifully sung as a duet by Wrigglesworth and the other half of the Willows, Laura Coates, although it won’t be appearing on an album of theirs – instead it will be on Caswell’s upcoming release, Mexico.

Listen to ‘The Roses Fall’ on Soundcloud. 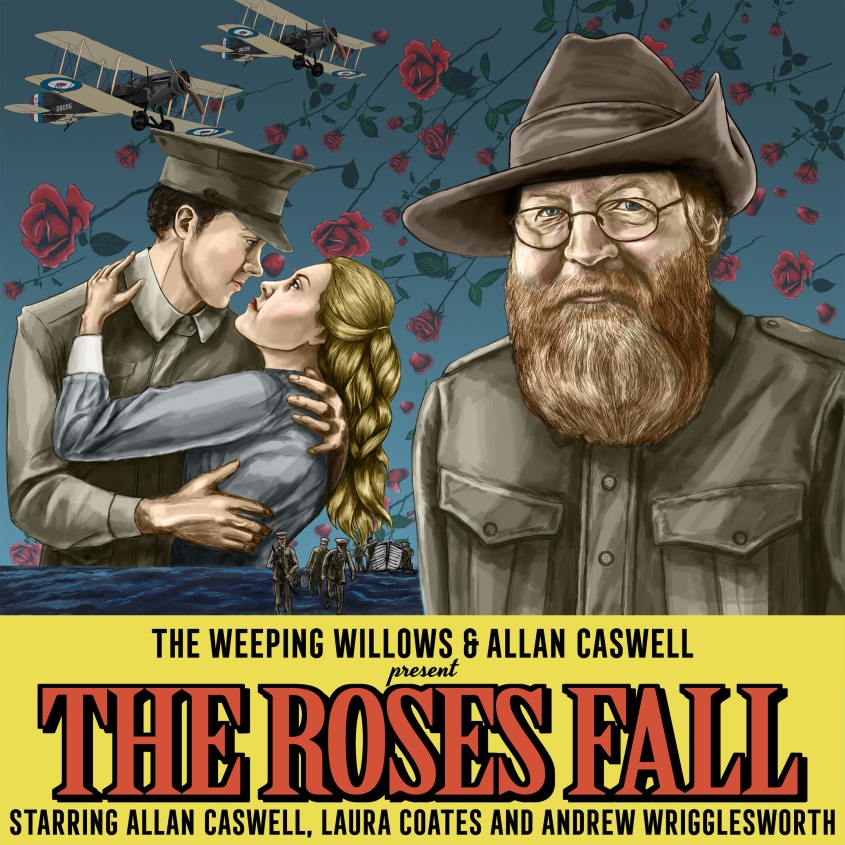 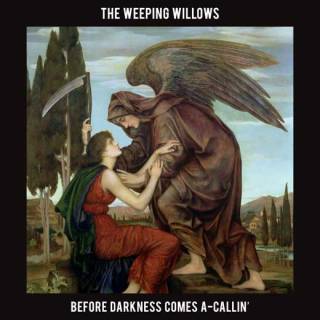 One of the great things about the Weeping Willows’ sound is that their voices seem almost unexpected: strong, direct instruments that command the listener’s attention and then don’t let it go throughout the ten tracks on their new album, Before Darkness Comes A-callin’. And by ‘unexpected’ I mean that once they start singing it sounds like nothing else you’ve heard, which is automatically intriguing.

There’s also not a single trace of sentimentality or sap in those voices or the songs they sing, which means this is not an album for lightweight listening: it leaps out of the country music traditions that have influenced it and asks that the reader commit to it as wholeheartedly as its creators have.
Laura Coates and Andrew Wrigglesworth are the Melburnians who make up The Weeping Willows. Coates has a voice that could just as easily be turned to torch songs and Wrigglesworth has a distinctive sound that is quite different to Coates’s, in a very good way: to have two similar voices would reduce the effectiveness of each. Together they form a feminine-masculine balance that brings out the best in both.
Many of the tracks are short, effective productions, as befits their style. However, at the core of the album is the long poem ‘Travellin’ Man’, a wistful dance between Coates and Wrigglesworth, that creates a clever change in pace for the album.
The Weeping Willows work within an active, and eclectic, country music community in Melbourne. One of the best things about the wave of relatively new acts who are emerging from this community (and elsewhere) is the way they honour the lineage of the musicians who came before them while finding ways to communicate tradition to a modern audience. Before Darkness Comes A-callin’ is a country music album in the very best sense. Accept no substitutes.
Before Darkness Comes A-callin’ will be released on 8 April 2016.
www.theweepingwillows.com.au

A full declaration of bias is required before I start this review: I love harmonies. Two voices, three, four – a hundred – any harmony is a good one (this may or may not be due to the fact that I listened to a lot of ABBA when young). What we don’t often hear a lot of in country music is male-female harmonies – and they are a welcome sound on Till the North Wind Blows by Melbourne duo The Weeping Willows, who are Laura Coates and Andrew Wrigglesworth.

In the past I’ve remarked that there is a strain of ‘old-timey’ country music coming out of Victoria – quite different to what’s being written and performed elsewhere in the country – and The Weeping Willows certainly honour the traditions of country music while offering a fresh take on it. The stories they tell fit into the canon but the way they are told belongs entirely to the Willows and the interplay of baritone and soprano voices.
I probably rattle on a bit too much about production but it is so important to how an album turns out – in the case of this album, the way the album has been produced and recorded allows the two voices to come very clearly to the fore without obliterating the clean, perfectly played accompanying instruments. Good production identifies and draws out what’s important in a song: in the case of The Weeping Willows, the singers’ voices are the absolute key to conveying the stories and connecting with the listener, and they have been allowed to shine here. Andrew’s rich baritone is a beautiful complement to Laura’s wistful, occasionally aching soprano.
This is a smart album that doesn’t wear its smarts on its sleeve – there is knowledge and experience here, awareness of and respect for tradition, and talent too of course, but none of that is held up as a reason to listen. Instead, it is folded into the individual jewels that are the eleven songs that make up the cohesive whole.
You may not know anything about the history of country music – nor any wish to – and you don’t need to in order to appreciate what The Weeping Willows achieve here: an album that seems to belong simultaneously to another time and now. Till the North Wind Blows shows how tradition can be contemporary – that the past is never past but has much to offer us in the present day. Stories never lose their relevance, and nor do storytellers. The Weeping Willows give us intriguing, heartfelt stories offered in a particularly enjoyable way.
You can buy Till the North Wind Blows from The Weeping Willows at www.theweepingwillows.com.au