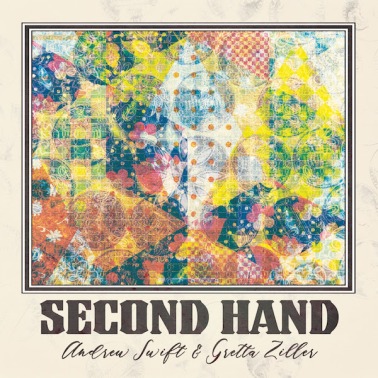 Andrew Swift and Gretta Ziller are two of Australia’s most compelling solo artists, singer-songwriters who excel at both roles. Ziller is in possession of one of the great voices of Australian country and is the creator of the exceptional album Queen of Boomtown and its equally wonderful predecessor, the EP Hell’s Half Acre. Swift’s album Call Out for the Cavalry won the Golden Guitar for Alt Country Album of the Year and also won him New Talent of the Year, deserved recognition for his talent and achievement.

Ziller and Swift have been doing shows and tours together for several years, but they’ve only recently recorded together for the first time. Not surprisingly, the result is outstanding: the song ‘Second Hand’ was written by Ziller several years ago but it sounds as if it was created for the two of them, each singer playing off the other and uniting to make the song even stronger. If they ever decide to record an album together it will likely be something that only enhances their already powerful reputations, just as this short, perfect song does.

‘Second Hand’ is out now through Social Family Records.