Melbourne country duo Small Town Romance will release their debut album on 14 October. The single ‘Timber & Stone’ suggests that it will be something to look forward to, as band members Jim Arneman and Flora Smith have crafted a corker of a song. You can watch the video below.

Before he died earlier this year, Karl Broadie wrote many wonderful songs. One of my favourites is ‘Only a Moment’, from the album One Million Emeralds. Karl’s version, produced by Matt Fell, features that characteristic ache in his voice, that sense of time lost and pain not quite past. Aleyce’s version stands on its own; she brings her own experiences to the song and pays tribute to Karl at the same time.

Aleyce’s ‘Only a Moment’ is one of the songs appearing on the forthcoming tribute album, which will be released on 18 November 2016. Watch Aleyce’s live version of this song below.
aleyce.com

New Zealand-born Sydney resident Jason Walker has a long history in Australian music, performing in various bands, acting as a writer, steel guitarist, singer and lead player. All-Night Ghost Town is his first solo effort, yet it’s clearly the work of a mature artist. The songs sound ripe and unhurried, the work of someone who has taken care and time to write and chosen just the right songs at the right time.
Walker’s voice is on the crooning side of country, still with an edge that means he’d be at home on rural pub stages just as much as city clubs. His songs are evocative stories of people who seem to like around the edges and in the cracks, asserting that ‘twilight is the loneliest time of day’ and that ‘love is just another word for what becomes habitual’. Yet Walker’s talk on these characters isn’t maudlin: there’s no pity there, just regard.
The album was produced by Shane Nicholson, who has taken his usual care with it and brought out the best version of the artist. As a producer, this appears to be one of his great strengths: identifying what’s unique about each artist and placing it at the core of their recorded music while making sure that everything around it works to support it.
For all that All-Night Ghost Town is the result of three decades in music, it sounds like the start of something. No doubt Walker has more songs tucked away and more stories to tell, so it probably won’t be long before we see another great album.
All-Night Ghost Town is out now through Lost Highway Australia/Universal.
www.jasonwalker.com.au

South Australian bluegrass singer-songwriter Kristy Cox now makes her home in Nashville, where she has worked with the esteemed artist Jerry Salley. The pair is touring many parts of Australia soon, and I spoke to Kristy about the tour, her life in Nashville and how she balances music and business.

When Katie Brianna released her debut album, Dark Side of the Morning, in mid-2013 I wrote, ‘Dark Side of the Morning is a debut album that promises much about its creator – and because she has taken her time to craft it and release it, I have every confidence that it is the first step in a long career. I genuinely cannot wait to see what she comes up with next.’
The next release has come, and Victim or the Heroine lives up to that early promise, as well as demonstrating that Brianna has matured as a singer and songwriter. While she has moved further away from country music convention, that in itself suggests that she has asked questions of herself, especially when it comes to the best way to deploy her extraordinary voice. She has taken the emotion and storytelling of country music and found a style that allows her to relax when appropriate, to let her voice float above the song – where it belongs, given its often ethereal quality. Yet this is also an album that is rooted in reality: love isn’t perfect, wrong turns are taken in life, and some days are melancholy.
Shane Nicholson produced the album; his ability to discern what’s at the core of an artist and their work, and to never lose that in the work of creating an album, is an exceptional skill. Only Brianna and Nicholson know if he’s the one responsible for making the instruments the supporting cast to Brianna’s leading turn (even though the studio band included Glen Hannah and Matt Fell). This puts more pressure on her – to make the lyrics and the vocals the best they can be – but she is worthy of the responsibility and the attention.
So I’ve taken three paragraphs to come to this conclusion: this is just a bloody lovely album. Brianna is impossible to ignore – not that anyone would want to – and somehow she combines dreaminess with a consciousness that is anchored in everyday life. Which makes Victim or the Heroine a salve and an escape, and a fitting second album for an important artist.
Victim or the Heroine is out now through MGM Distribution.
www.katiebrianna.com

Sunshine Coast singer-songwriter Tobias has released ‘Just a Boy’, a single from his forthcoming second album, Alive, which will be released on 4 November. The song evokes his childhood in a simple yet moving way, his voice suggesting happy memories but with a catch: they are, of course, memories and whatever happiness they hold is long gone.

Watch the video for ‘Just a Boy’ below. 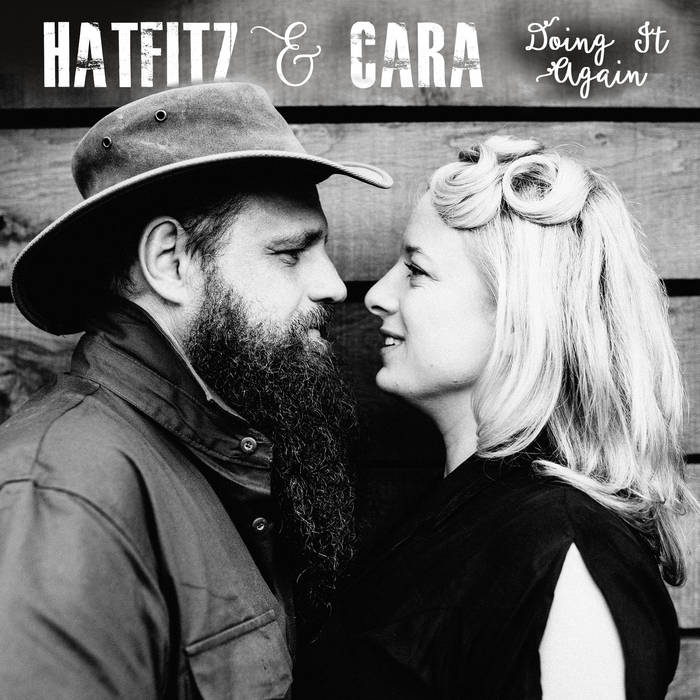 That inimitable duo Hat Fitz and Cara have a new album, After the Rain, in the works for early 2017 and they’ve released the single ‘Doing it Again’ to keep their fans happy in the meantime. This is a fine up-tempo track with Cara on lead vocals, and you can listen to it on Bandcamp.

American-born Sunshine Coast resident Jen Mize has released ‘Deepwater’, a single from her upcoming album Warnings & Wisdom, which will be released on 29 September and was produced by Shane Nicholson. Mize’s voice has incredible power on this track that she wrote about ‘returning home at the end of this life, and the beauty and piece that can come from that’.

Listen to the song on Soundcloud or watch the video below.