From the first song, ‘Faded’, this album is a rollicking good time. Such is the energy on these tracks that I wanted nothing so much as to be sitting in a bar watching Pelz play, because it sounds like that would make for a really great experience.
Pelz is the singer/guitarist for the Cincinnati Americana/Bluegrass outfit Hickory Robot, so his country musical pedigree is well established, and these are definitely country songs: the instruments, the time signatures, the lyrics all establish that, with some variations. There are influences from across the decades of country music – echoes of The Byrds mixed in with the lyrical sharpness that marks the latter years of country.
Pelz demonstrates that he knows what each song needs. On the tenth track, ‘Sand in the Machine’, the lead vocals are given to Lauren Schoelmer, a soulful female singer who gives the song the drama it requires – as well as a female narrator. On other tracks he’ll adjust his own vocals to suit, and he clearly understands what instruments are needed when. While the album is, as mentioned at the top, highly entertaining, it’s also musically sophisticated – listening between the lines, so to speak, there is a lot going on.
And still I come back to that idea of what Pelz must be like live: to capture joie de vivre along with the essence of his songs is always going to be a treat for a listener. So if you’re ever near Cincinnati, make sure you go to a gig and then drop me a line to tell me what it’s like.
Loser Angels is out now.
jimpelz.com 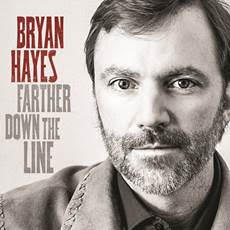 Country music has many ‘sub-genres’ – country rock is one of the most developed of these. But even within country rock there are categories: ‘bro country’, for example, is, lyrically and musically, a long way away from the sort of country rock that tells stories that belong within the country canon but which are classified rock because they have a different time signature to other country songs and use a few more guitars.
Bryan Hayes plays country rock of the latter kind. The Memphis resident tells stories of country lives and country scenes – the second song, ‘Small Town Amazing Grace’, has the line ‘In a small town, life seems right’, and Hayes sings it with conviction tinged with weariness, although no lack of sincerity. It’s a combination of emotions that marks many of the songs on this album. Perhaps that has to do with Hayes’s own story: he was deployed to Iraq in 2009 and 2010, which forced him to take a break from music.
Hayes’s songs aren’t rock songs, but they have that satisfying rock beat (anyone who loves rock music – as I do – will know what I mean by that and it’s related to how easily one’s head can nod along to a beat). That makes this album really easy to slip into: toes will tap and heads will nod before you’re even at the first chorus. What will keep you coming back is the stories. Some are straightforward, and some are playful, as on the song ‘Our Love is Like a Tractor Tire’, which has a more traditional honky tonk sound.
This is a well-rounded collection from a singer-songwriter who has things to say and who can say them articulately and in an entertaining way without being a lightweight. That’s quite a balance to achieve.
Farther Down the Line is out now through Retriever Records.
Find Bryan Hayes on Facebook. 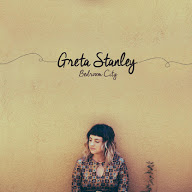 Far North Queensland artist Greta Stanley recently released her debut EP, Bedroom City, at the age of 20. Greta has already built quite a following and Bedroom City proves why. It was my pleasure to talk to her about her music. 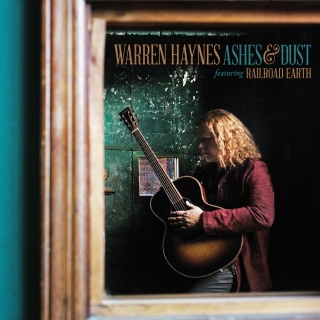 Certain things can’t be faked in creative endeavours: talent, commitment and experience. For a singer-songwriter, all of these can be heard – or not – in the voice. Talent can be raw but its presence is usually marked by the fact that the listener wants to keep listening, and keep coming back to listen. It’s not something that can be identified in a paint-by-numbers way; there’s no formula. It’s there or it’s not.

Commitment is also there or it’s not. It can be heard in the seriousness with which the singer approaches the task. There’s a balance to be struck between trying to prove something – which is bound up with ego – and in being committed to doing the best job you had. Commitment is in the way the song is delivered: with conviction; with each note treated respectfully; with an intention to communicate to the listener.
Experience, of course, can be the hardest-won element because even a talented, committed artist may not make it far enough into a career to have a lot of experience. But if experience is there, it tends to be revealed in how at ease a singer is. If they sound like they’re striving, or straining, it can signal that they don’t have enough experience to feel comfortable with their performance. Experience makes the listener feel at ease: we can sit back and enjoy what’s going on, knowing that we’re in safe hands.
It’s no surprise that Warren Haynes has experience – Ashes & Dust may be just his third solo album but he has played extensively for others, including the Allman Brothers Band. His experience shows in how easy this album is to listen to – from the first song, it’s a country/blues/roots treat. The enjoyment of it time after time, though, comes from Haynes’s evident talent and his commitment to his work. These are very well-constructed songs, articulated clearly for the audience. Certainly, that audience is unlikely to be hipsters – this music reflects Haynes’s pedigree (and there are shades of Creedence Clearwater Revival in there too). The audience is more likely to be people who like their music familiar with an edge of the new, dark and strange; those who aren’t afraid of traditional instruments or stories told as if the listener is drawing close. This is a mature album for people who take music seriously and who want to be satisfied, moved and entertained all at once.

Ashes & Dust is out now through Provogue.
www.warrenhaynes.net